Charlotte Flair and Andrade El Idolo are married! The couple recently tied the knot in a romantic wedding in the latter’s hometown in Mexico. Keep scrolling to learn more about the couple’s wedding ceremony.

WWE star Charlotte Flair and fiancé Andrade El Idolo exchanged vows at a lavish and romantic wedding in Mexico on May 27, 2022. According to reports from Peoplethe couple tied the knot in front of a total of 160 guests at Hacienda Mi Ranchito in Torreón, which is the groom’s hometown on Friday night.

The two chose the farm location to get married because it reminded Charlotte of her husband (real name Manuel Alfonso Andrade Oropeza). It must be said that it is really adorable. In an interview with the outlet, Charlotte opened up about her marriage and said: “I didn’t want it to be like my character – ‘Charlotte’ isn’t likeable at all and not relatable…but I like it when I’m just me, Ashley, when I’m with him in gym clothes and no makeup.

Flair further added, “It’s funny because when we were talking to the wedding planner…I really wanted it to be casual.” For her special day, Charlotte wore an all-lace, bejeweled gown by Galia Lahav. She said: “The detail is so beautiful. It’s not even a starch white. It’s a cream and white. It’s an old world vintage look.

Charlotte’s father, Ric Flair, posted a beautiful photo with her on Instagram

American wrestler Ric Flair posted a sweet message for his daughter Charlotte on the social media platform Instagram. He posted an adorable photo of him and his daughter on his wedding day and wrote a heartfelt caption for the same.

“Congratulations to my beautiful daughter @charlottewwe & @andrarealmas! Wishing you nothing but love & happiness! ❤️❤️❤️,” he captioned the post.

In the photo shared, Charlotte looks like a million dollars in a white lace dress. On the other hand, her dad looks quite dapper and dapper in a pink suit with a black bow tie. The father-daughter duo look happy in the photo.

When did Charlotte and Andrade get engaged?

The handsome couple got engaged in January 2020. During an interaction with the People, Flair spilled the beans on meeting Andrade and opened up about how he changed his life for the better. She said, “Before I met him, I didn’t know anything but my job.” 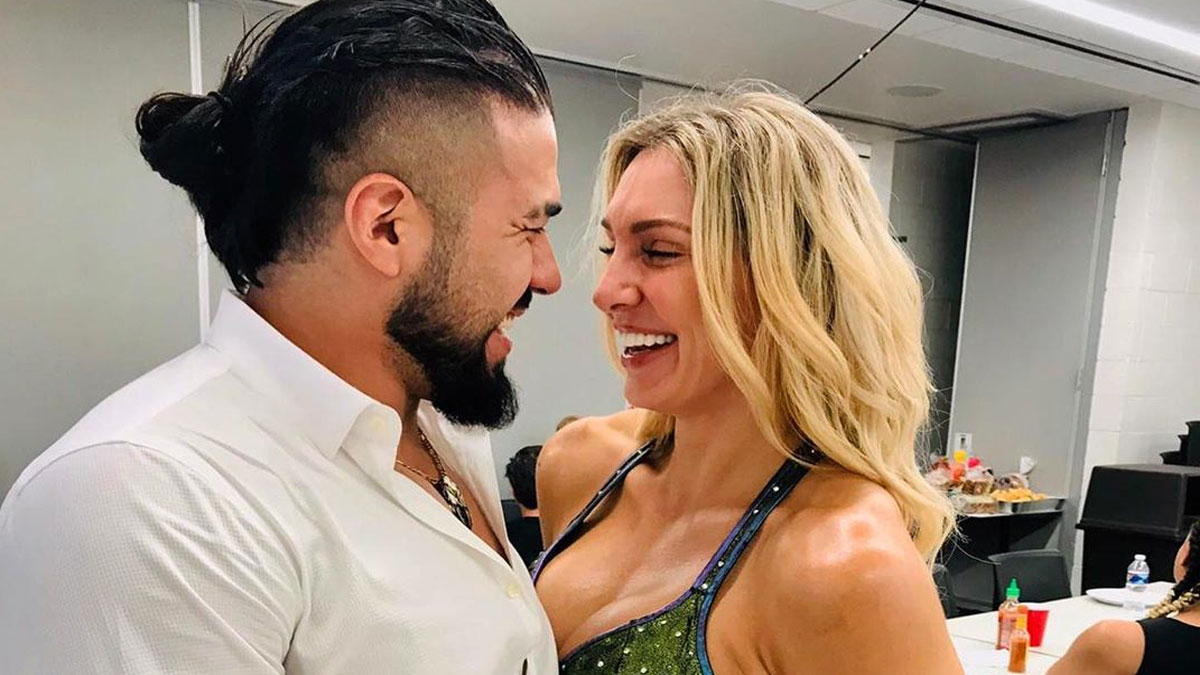 Ashley Fliehr, popularly known as Charlotte, added: ‘When I met him he opened my eyes to travel, life, love and a different culture. And I was so strict with my work and I didn’t know how to enjoy both life and work. And he opened me up to that.

We extend our congratulations to Charlotte Flair and Andrade El Idolo as they are all set to embark on a new journey in their lives. Sending them lots of love, light and laughter. Don’t forget to stay tuned with us for the latest updates from the world of showbiz.

Heather Rae Young teases her uninvited co-star at the wedding

[ad_1] Selling Sunset’s Heather Rae Young says fans can imagine which of her co-stars won’t be invited to her wedding to Tarek El Moussa. Heather Rae Young from Sell â€‹â€‹the sunset teased which of her co-stars on the reality TV series isn’t invited to her upcoming wedding to Tarek El Moussa. Heather and Tarek dated […]

This $ 13 product was the secret to thicker hair, lashes and brows

[ad_1] Jamaican black castor oil Our team is dedicated to finding and telling you more about the products and offers that we love. If you too like them and decide to buy through the links below, we may receive a commission. Prices and availability are subject to change. Beauty trends come and go, and honestly, […]

I have a special place in my heart for romantic comedies: Jennifer Lopez

Hollywood star Jennifer Lopez says she has a thing for romantic comedies and that’s why she’s done several films in the genre, including her upcoming film Marry Me. Between 2000 and 2010, the singer-actor starred in popular romantic comedies such as The Wedding Planner, Maid in Manhattan, Shall We Dance?, Monster-in-Law and The Back-up Plan. […]